Clone the repository baseconv with the command git clone ssh://git.bobignou.red:23231/baseconv

Translating number between base 10, base 16 and base 2 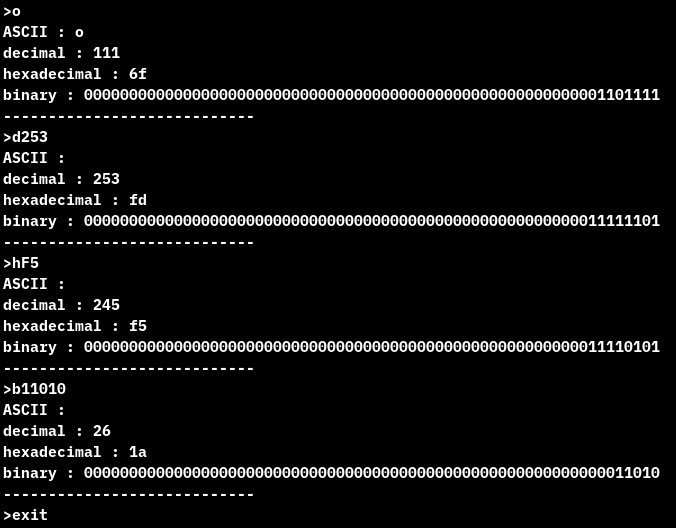 Converting a number in many bases.

When starting this program with no arguments, you are presented a prompt. After it you should enter either:

The program will then print th number you entered in base 10, 16 and 2 and the ASCII equivalent of the 8 LSB of your number.

To quit the program, simply enter exit after the prompt.

To print a help message, enter help after the prompt or start the program with any argument.

Usage from the command line

If you only need to convert a single number, you could call baseconv with the number you need to convert as an argument (with the same formating as described above). The results will be showed as if you used the prompt but the program stops immediately after showing the results.

To install, this program simply do